Back to all posts

"This isn’t your typical pop hit,
but something much, much better."

The new single, Mr & Mrs Goode, draws on the naive, tragic and true romance of two Florida teenagers. He was eighteen, she was seventeen. Her parents tried to keep her in the house to prevent them from seeing each other, but they broke free and went on the run leaving letters, apparently suicide notes, to their families. Events led to the fatal shooting of a police officer and their own deaths.

The lyrics draw on their own words written in messages to each other and to their families. The words on the single's cover are hers: a list of her hopes for the future once she reached the freedom of her eighteenth birthday. 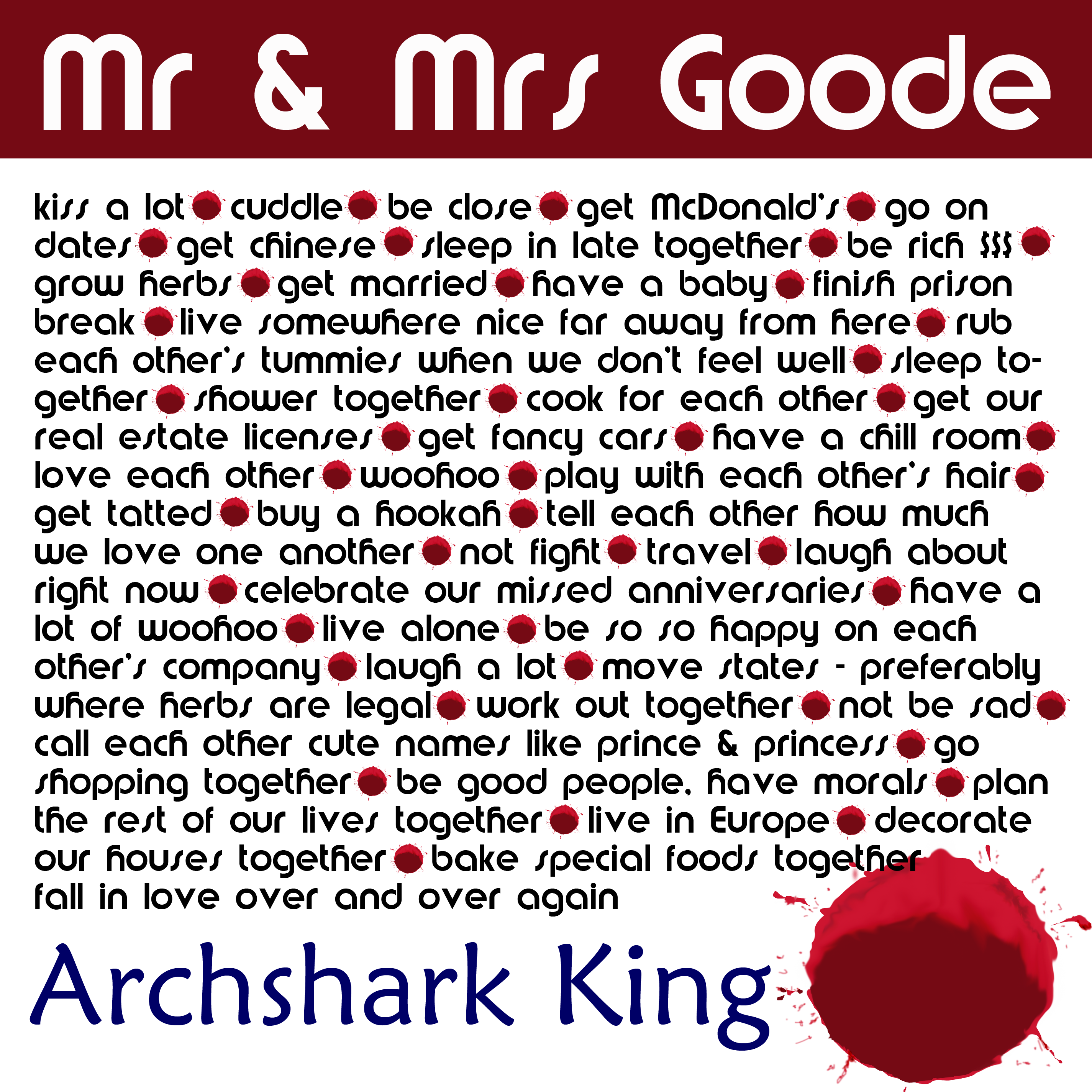